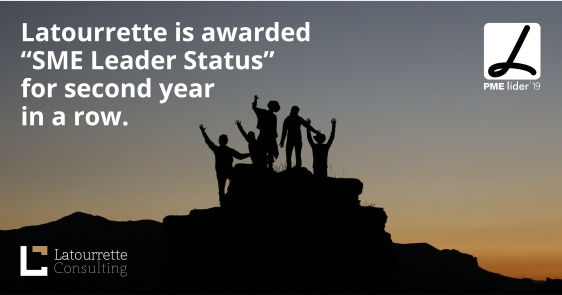 2019-12-05
IAPMEI, the Portuguese State Agency for Competitiveness & Innovation, partners with the Portuguese Tourist Board and the Banking industry to annually award this Status to high-performance SME’s, in public recognition for the success of their business strategies and the importance of their contribution to the Portuguese economy.

Latourrette has just been awarded this Status for the second year in a row, following its ongoing expansion plan and fast-track internationalisation.

“SME Leader Status 2019” was awarded to a highly select group of Portuguese Small & Medium Enterprises that have contributed significantly to the Portuguese economy though their international operations.
Contact us for more information about our solutions.
×